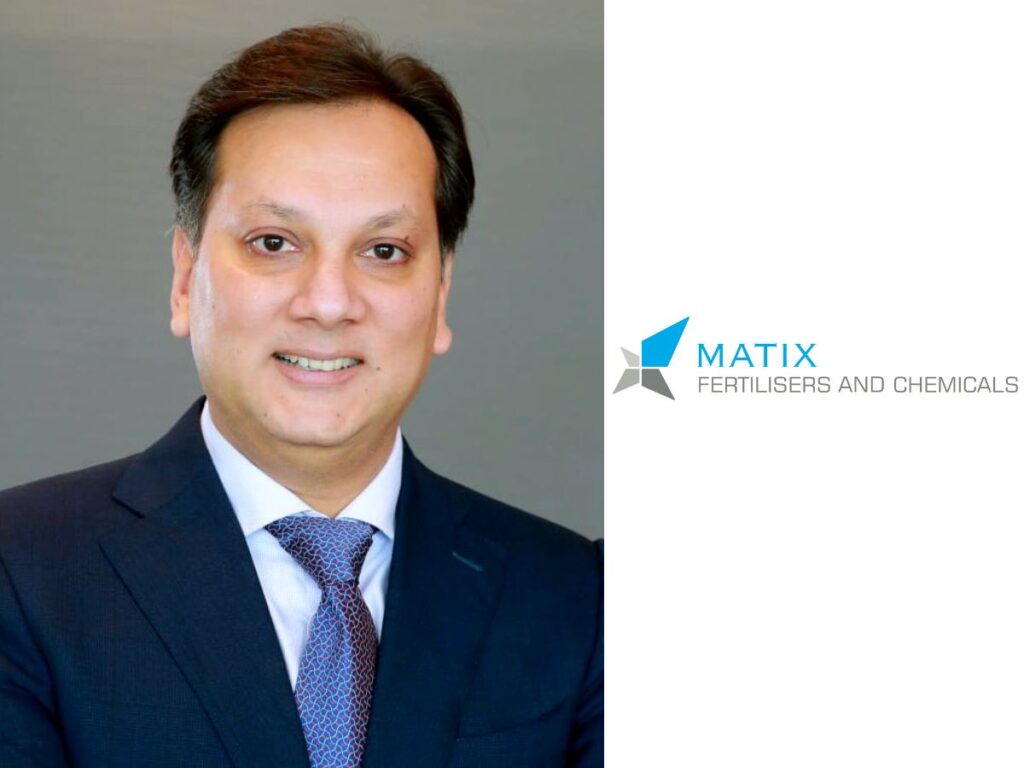 Mumbai, 17 September 2022: Nishant Kanodia, Chairman of Matix Fertilisers and Chemicals Ltd, among India’s fastest-growing crop nutrient providers, said today that he expects India’s eastern region to be the growth engine of the country’s demand for fertilizers in the coming months and years.

“Matix possesses the locational advantage of our manufacturing facility being in the middle of eastern India’s agricultural belt,” said Manoj Mishra, Managing Director. “Matix’s nearly 700 dealers across six agriculture-intensive states are serviced by Matix’s urea plant. India’s eastern region being the focus of Matix’s strong distribution network, we are best positioned to serve farmers in these states.”

Matix is celebrating milestones achieved ahead of its first full year of operations, the plant having been commissioned in October 2021. The fully integrated, gas-based facility is one of India’s largest single stream fertilizer plants, with the capacity to produce 1.27 million tonnes of urea every year. The technology for the plant was acquired from global leaders–KBR, USA, for ammonia, and Saipem, Italy, for urea.

The plant has a 54 MW captive power unit, dual rake railway siding, and utilities spread across a campus of approximately 500 acres. The company has a long-term gas supply agreement with GAIL, India’s largest gas supply company. The plant is covered as a green-field project under Government of India’s (GOI) New Investment Policy for Urea.

Puneet Khurana: Entrepreneur Who Is Young In Age But Carries An Impressive Personality

Puneet Khurana: Entrepreneur Who Is Young In Age But Carries An Impressive Personality