Rotary Club of Nigdi, Pune, hosts’ Runathon of Hope’ on 25th September with over 5,000 runners expected 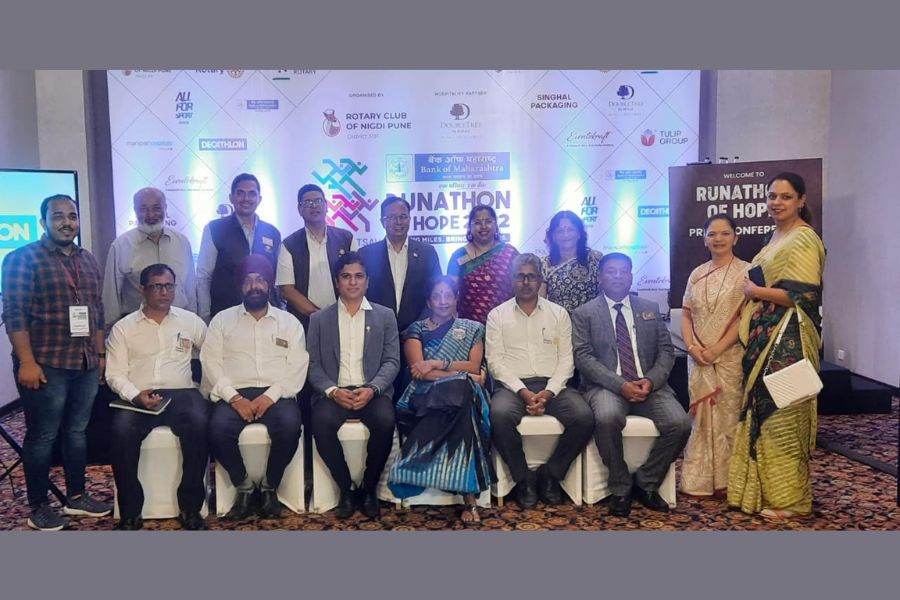 • Registration details can be found on www.runathon.org.in

September 16: “Runathon of Hope” is an annual running event well organised and run with efficacious precision by the Rotary Club of Nigdi.

Runathon started in 2010 and continues to attract hordes of enthusiastic runners and corporate participants. Throughout the years, 56,000 runners of all abilities have participated in this event organised by PCMC.

In this 11th edition of the race, generous prize monies have been announced in all categories, namely the 10km, 5km and corporate 5km races. Additionally, there are separate prizes for ladies and for the 45+ age categories.

A new special addition is a 3 km Rotary Charity Run wherein Rotarians from across the 141 clubs in Pune District 3131 are expected to participate. Leading from the front in this race will be the chief guest District Governor Dr Anil Parmar and District First Lady Dr Hema Parmar.

Renowned cricketer Kedar Jadhav has been roped in as the Brand Ambassador for the event.

Runathon is on Sunday, 25th September, from 5:45 am. The venue is Mayor’s Bungalow Plot, Near Bhel Chowk, Nigdi.

Registration details and further marathon information can be found on www.runathon.org.in

The funds raised from the Runathon are used for community upliftment projects. In recent years, the Rotary Club of Nigdi has donated life-saving equipment to Sassoon hospital, Akurdi hospital and ICU ward and the oxygen plant in Moraya hospital. Building Water tanks and pipelines in rural areas, school improvements, etc. have also made a big difference in the life of the underprivileged.

At a press conference held on 14th Sept at Doubletree Hilton, Rotary club of Nigdi President Pranita Alurkar noted, “Runathon of Hope is back with a bang after the Pandemic. First time in its 12-year history, we are hosting a Monsoon Runathon to generate funds at the beginning of the Rotary year. We are pleased to announce three new additions;

– A special race for the Armed Forces

– And a 3km Rotary charity Run for Rotarians and their families

The funds raised will be used for projects in Rotary-focused areas, to name a few- Environment, Water & Sanitation, Basic Education & Literacy, and Disease Prevention. As the President of 2022-23, I appeal to everyone, please join us in the event to help the society at large.”

At the Press conference, Dr Balasaheb Hodgar, Chief Admin Medical Officer, PCMC Akurdi hospital, spoke about the Neonatal ICU donated by the club and how it has already saved the lives of newborns.

Vaibhav Thombare, a recent Iron Man who received his accolade in Kazakhstan, spoke about his running journey, which was inspired by (began with) his first Runathon.

Alka Karkare, MD of Enpro Industries, spoke about the benefits to corporates and their employees who enjoy participating in the Runathon.

The Runathon bibs were unveiled on this occasion at the hands of these speakers.

Riya Sammi: Painting the Canvas of Her Future

‘Lakiro’ to be the First Gujarati Film to Launch NFTs